Rape of a Child and Potential Punishments 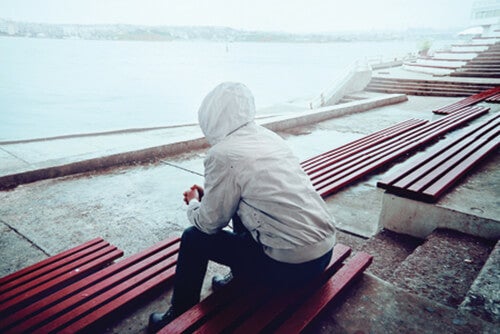 Under Washington law, it is illegal for an adult to have any kind of consensual sexual relationship with a minor. If the relationship involves sex, the older person may be charged with child rape, regardless of consent on the part of the minor.

If you are facing a charge of child rape in the state of Washington, you may be in for some very unpleasant consequences. The state frowns very deeply at sexual situations involving persons under the legal age of consent. Due to this, offenses in this category carry the harshest of criminal consequences.

Allegations of sexual contact with a child usually elicit a storm of feelings from members of society. Such allegations may terribly damage relationships with your family, co-workers and could leave a serious dent in your life.

Often, persons arrested or charged on allegations of child rape will require the services of an exceptionally skilled and experienced lawyer such as James Curtis if they are to have a positive outcome.

Attorney Curtis has practiced criminal defense law in Tukwila and throughout Washington for several years. As a former prosecutor serving Pierce County and its environs, he has over 14 years of unique knowledge and insight into the tactics of prosecution counsel.

His deep knowledge and expertise make him an asset for the clients he has represented. He knows exactly what you need to beat your child rape charge and regain control of your life. Reach out to The Curtis Firm, LLC today for advice on your case.

What constitutes child rape in Washington?

The offense of child rape was originally charged as statutory rape under the laws of the state of Washington. Although the offense is now known by a different name, the consequences are just as significant.

Child rape is committed when an adult has sexual intercourse with a minor, whether consensual or not. It does not matter whether consent was freely given or not as far as the statute is concerned.

The offense is premised on the belief that minors are incapable of giving consent under the law. They are believed not to fully understand the implications of acts involved in sexual intercourse and as such, cannot validly consent. Thus, their incapacity is written into the statute. This is why the offense is commonly called statutory rape.

It is not necessary for the prosecution to prove that force was used in obtaining the performance of sexual acts, unlike the offense of rape. Rather, it is enough to show that sexual intercourse occurred with a person below the legal age of consent.

Increasingly, many cases including a charge of child rape stem from connections that were made and nurtured through social media. They are mainly part of a crackdown on sites that peddle child pornography and serve as hotspots for solicitation of sex with minors.

However, we have seen quite a few cases where an adult felt they made a genuine connection with a potential partner, only to find out they were a minor. Sadly, this discovery can come too late, usually after sexual contact has been made and law enforcement has gotten involved in the case.

In situations like this, members of society are often quick to brand an accused as a predator and pedophile. Debunking these allegations will require unimpeachable proof by a skilled sexual offenses attorney in Washington.

Although it sounds shocking, it is sad that many other cases may be a result of malicious attempts to tarnish the character of the accused person. Allegations such as these are often used as ammo in child custody battles between spouses in a messy divorce.

Whatever your situation is, know that Attorney James Curtis has seen practically all types of these cases, and many twice over. He has a deep knowledge of the nuances involved in these cases and can fiercely advocate for your rights.

Penalties for a child rape conviction

The consequences of conviction for the offense of child rape range from lengthy periods of imprisonment to severe fines. In many instances, these consequences are in the top bracket of the stiffest penalties possible in the state of Washington.

In addition to jail time and fines, community custody will be required. This is similar to probation but much worse. Offenders will be barred from going to or living anywhere close to where children congregate, such as a playground or school.

They will also be subjected to random lie-detector tests to ascertain whether they have been abiding by the conditions of their community custody.

For offenses in the first and second degree, offenders will be required to register on the sex offender list for a minimum of 10 years, possibly for life.

Despite the harsh nature of a child rape charge, there are statutory and other defenses that The Curtis Firm, LLC can raise on your behalf. Apart from our efforts to scrutinize and challenge the evidence of the prosecution where necessary, we can also assert the following defenses:

We can help you defeat the charge

Being arrested and charged with child rape can seem catastrophic. But it does not have to be the end of your life.

Contact attorney James Curtis at The Curtis Firm, LLC, to understand your options for defending against, and ultimately defeating the charge. Call us at (253) 327-1063 to set up a free case review today.