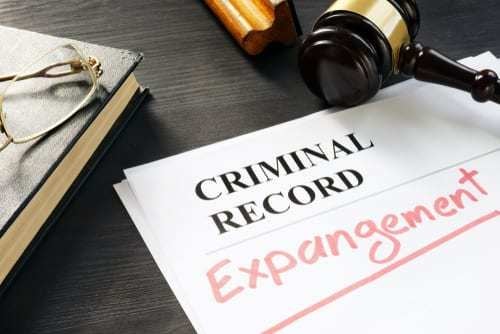 In many ways, having a criminal record can lead to life-altering and sometimes permanent consequences. Regardless of the seriousness of the offense, that information will usually be contained in the public record, and will often remain there for life.

Even if you were never convicted of an offense, but were arrested and had your data taken by the police, that information becomes part of the public record indefinitely.

This record can interfere with employment, leasing a home or apartment, education and financial aid for colleges, loans and several other aspects of your life.

It is, however, possible to prevent your record from derailing your life. Through the legal mechanisms of expungement and vacating criminal records, you can reclaim your life and move on from the past.

At The Curtis Firm, LLC, we deeply understand the far reaching consequences of a criminal record. We have many years of experience helping clients expunge and vacate criminal convictions.

A criminal record can be extremely damaging to your reputation and life. Contact The Curtis Firm, LLC to speak with a lawyer who can help you put the past behind you.

What does expungement and vacating criminal records entail?

Expungement and vacation are legal processes that allow a person to clear or get rid of their criminal record in the State of Washington. Although the two terms are often used together, they mean entirely different things under the law of Washington.

While both processes will definitely enable you to “clear” your record to some extent, they cannot help you completely erase that record. Usually, those records will still remain in some part of the public books, with the difference being that they may no longer be accessible to the general public. However, this is not in all cases.

Expungement is a remedy that allows a person to get law enforcement data on their investigation and arrest deleted. The remedy is available only to those who seek to delete non-conviction data.

This means that if the person was investigated and charged, they were never convicted of the offense. It's either that the charge was never filed, the case was dismissed without a trial or it was defeated in trial. The process is not an option for people that were convicted of the offense, including those who received a deferred sentence.

When you apply for expungement, your record is in the possession of law enforcement, meaning pictures and information relating to the arrest and investigation will be destroyed as if they never existed.

Usually, the process of getting an expungement will involve writing a letter to the relevant law enforcement agency, requesting that they delete the information. It is also possible to obtain a court order instructing the agency to destroy the records. However, you are only eligible for expungement if:

What is the process for expungement in Washington?

When you contact a Washington expungement attorney, one of the first things they will try to do is figure out exactly which department arrested you. You may need to petition both the Washington State Patrol and the police agency that handled the investigation.

When you make the petition, you will be sent a form that will request information they will need to handle the request. It is a good idea to file with all agencies that handled the investigation of the incident.

For people that were convicted of the offense they were arrested and charged with, expungement is not an option. The process that applies to them instead is vacation of criminal records.

The process of vacating criminal records is quite different from expungement. While expungement is similar to deleting the records, vacating is more like clearing your name of the conviction.

The request is usually made to the court where the person was convicted and is most often granted at the discretion of the court. If the court decides to grant the request, it will change the guilty plea to “not guilty” and vacate the conviction.

Once this happens, you can legally say that you were never convicted of the offense. You can legally fill out that information in forms or anywhere prior conviction data is requested.

However, vacation will not remove your criminal record from the public record. What would show up, instead of a conviction, is a “V” for vacated. In addition to this, you can only use the process of vacation once in your lifetime.

There are two separate processes for vacating a criminal record, one for misdemeanors and another for felonies.

Misdemeanors are offenses that are generally punishable by no more than 1 year in jail or a fine of $5,000. You may request vacation of your criminal record if:

For felony offenses, the process and requirements are slightly different. You cannot get a vacation order in all instances of a felony conviction. You can successfully initiate the process if:

How does the vacation process work?

Usually, your lawyer will help you apply to the specific court in which you were convicted and apply for a vacation. Each court has its own specific rules, which your attorney will inform you of.

The courts also often require applicants to fill out a Vacating order form. You can find a sample of the form here. If the order is granted, the court will send a notice of the order to the Washington State Patrol and the Federal Bureau of Investigation.

As you can see, the process of expungement and vacating of criminal records can be pretty complicated. A skilled lawyer will be able to guide you through the process and what you need to do.

If your case demands it, you may need to consider having the record sealed, in addition to either expungement or vacation. It may even be in your best interest to consider all three options.

Call The Curtis Firm, LLC to speak with a lawyer that can help you understand these options and which is best for you. We can be reached at  253-327-1063.