NOT GUILTY - Assault in the Second Degree and Felony Harassment

Following weeks of feuding between my client and his neighbors, police were called to my client's residence regarding an unlawful discharge of a firearm.  The neighbors had contacted the Auburn Police Department and alleged that my client had fired a weapon on his property.  The Auburn Police did not contact the client's residences and instead entered upon the property without proper warning.  After surrounding the property, Police alleged that someone had fired upon them and four hours later, my client had been shot seven times by the Valley Swat Team.  My client survived.  However, after an investigation and delayed reporting by the feuding neighbors that my client had shot at them on multiple occasions, my client was charged with two counts of Assault in the Second Degree and one count of Felony Harassment.  My client refused to take a deal and demanded trial.  After a month long jury trial, my client was found NOT GUILTY by the jury.  Our client is currently at home rebuilding his life with his family. 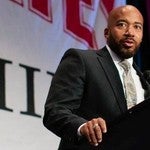 As principle attorney and founder of The Curtis Firm, LLC., James Curtis provides expert representation in a variety of matters, including cash seizure and forfeiture, DUI, criminal defense and personal injury. For more than 14 years, he has been aggressively advocating and winning cases for clients in and around Western Washington.